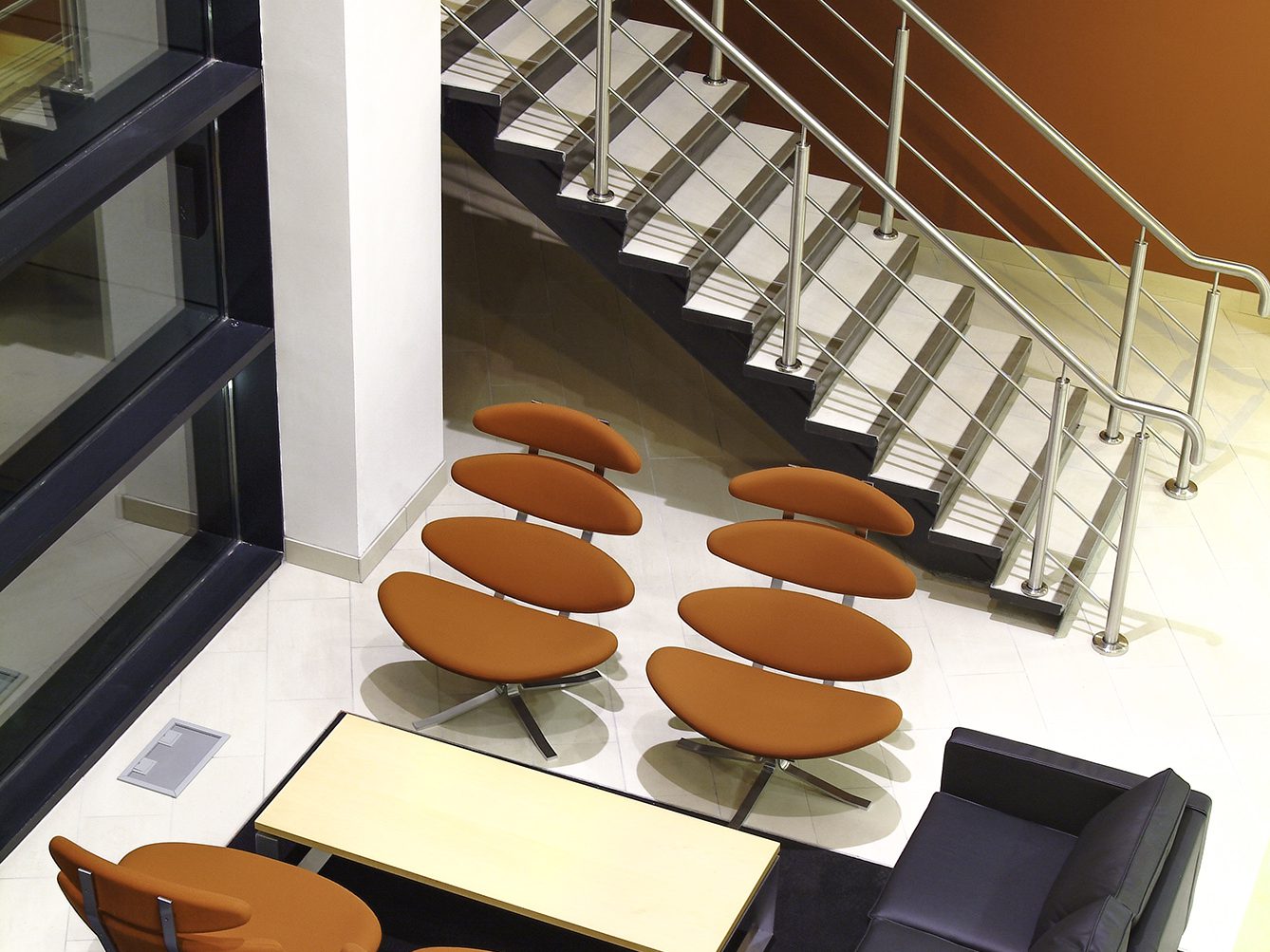 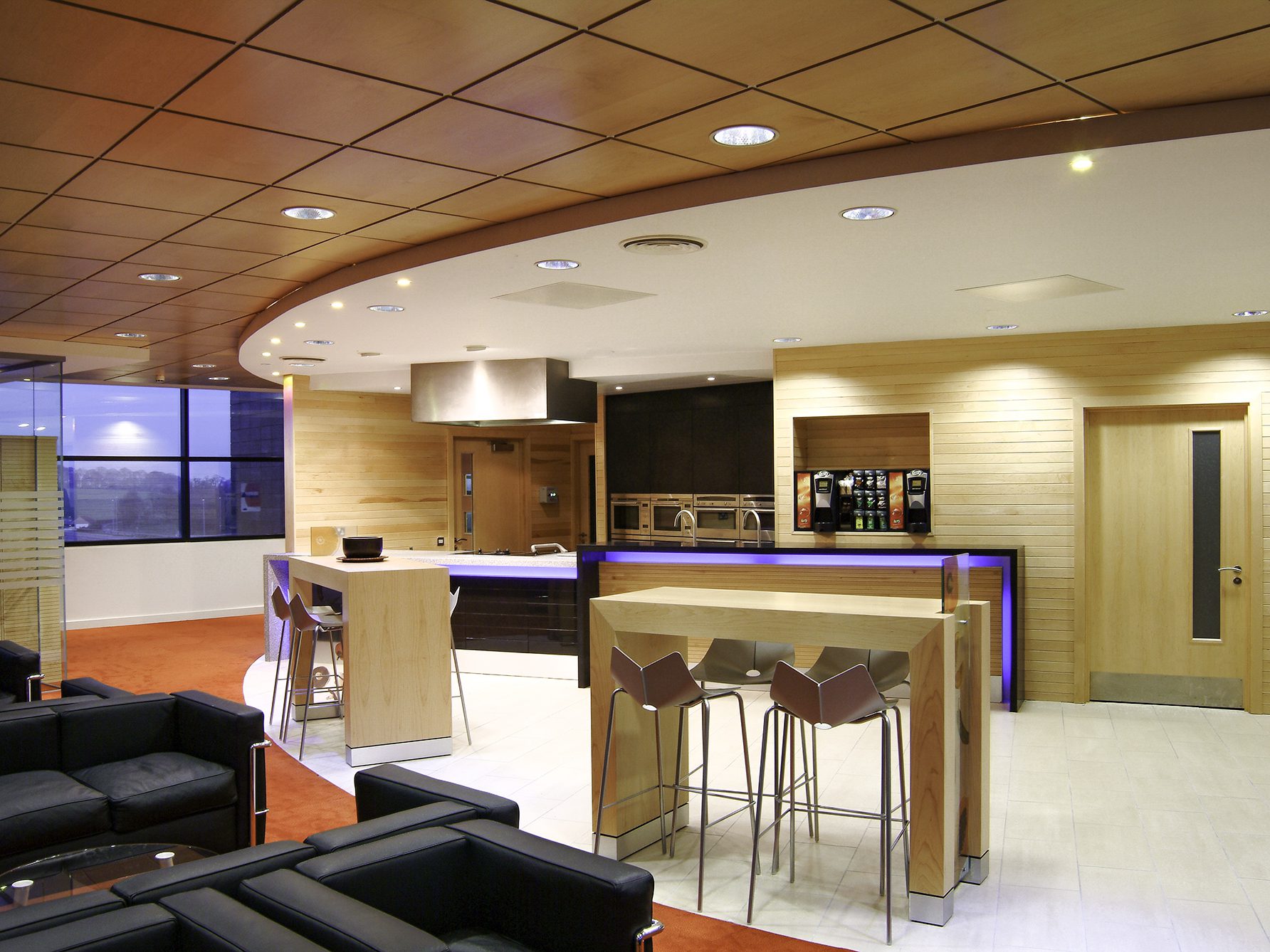 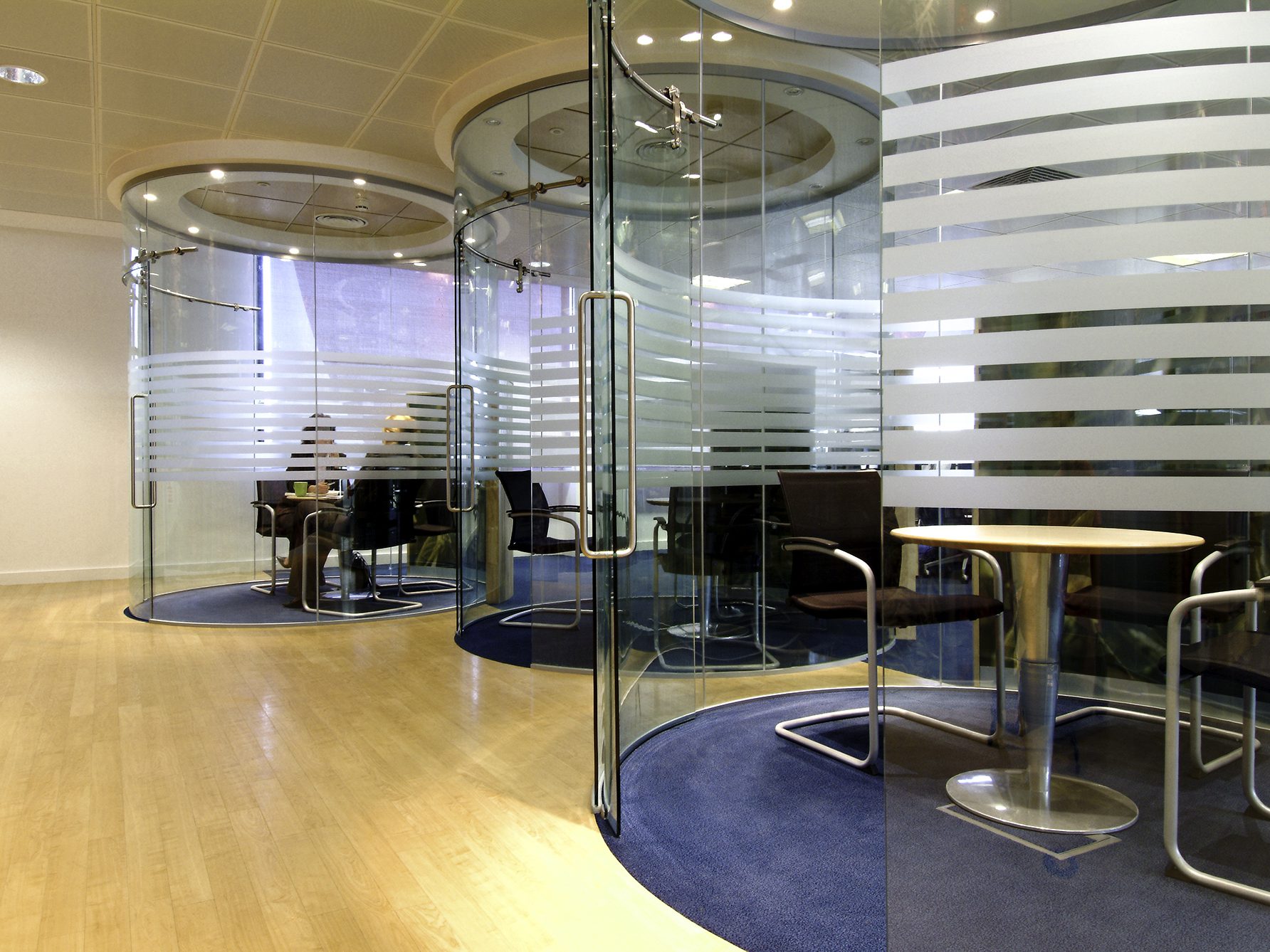 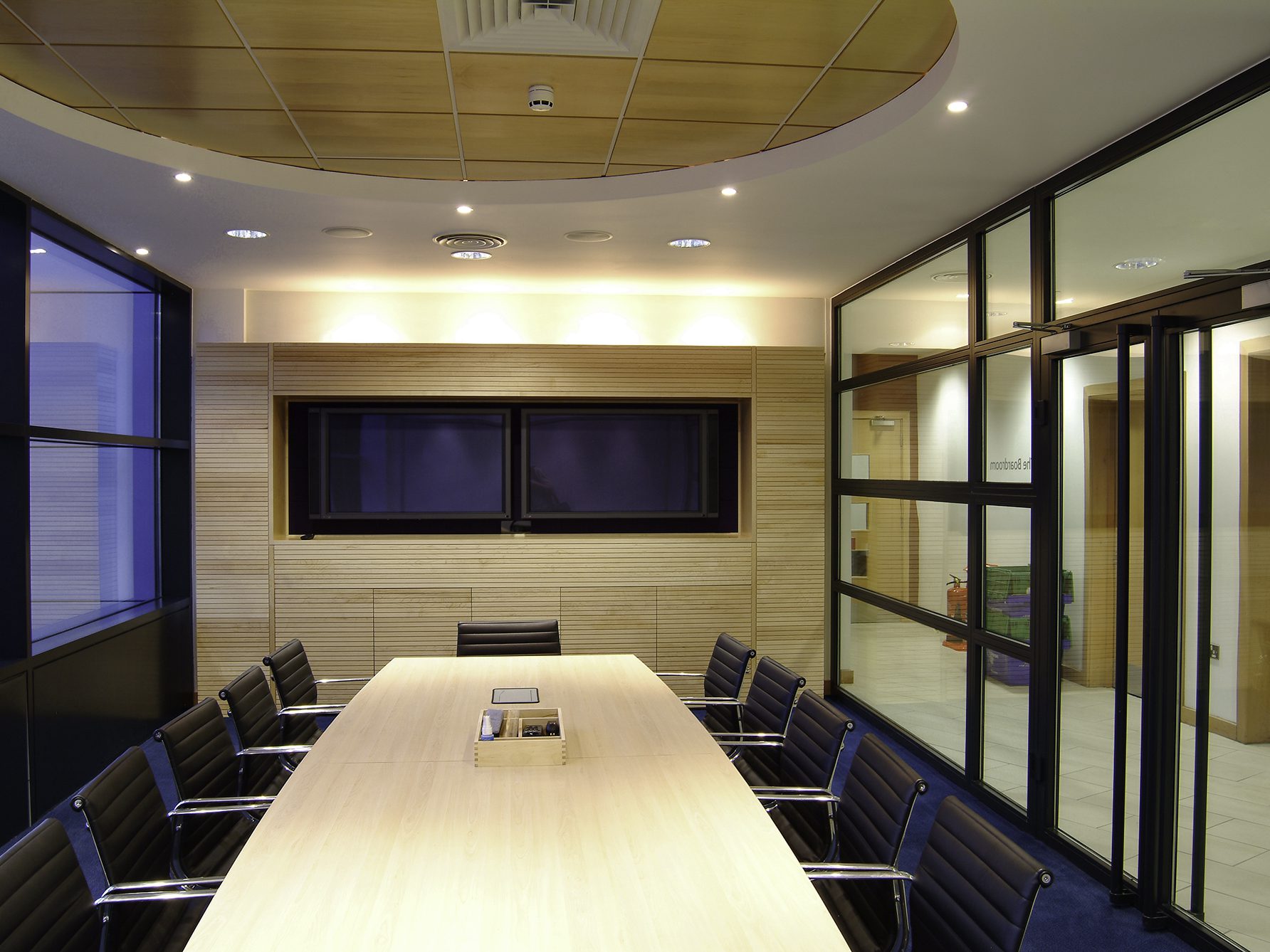 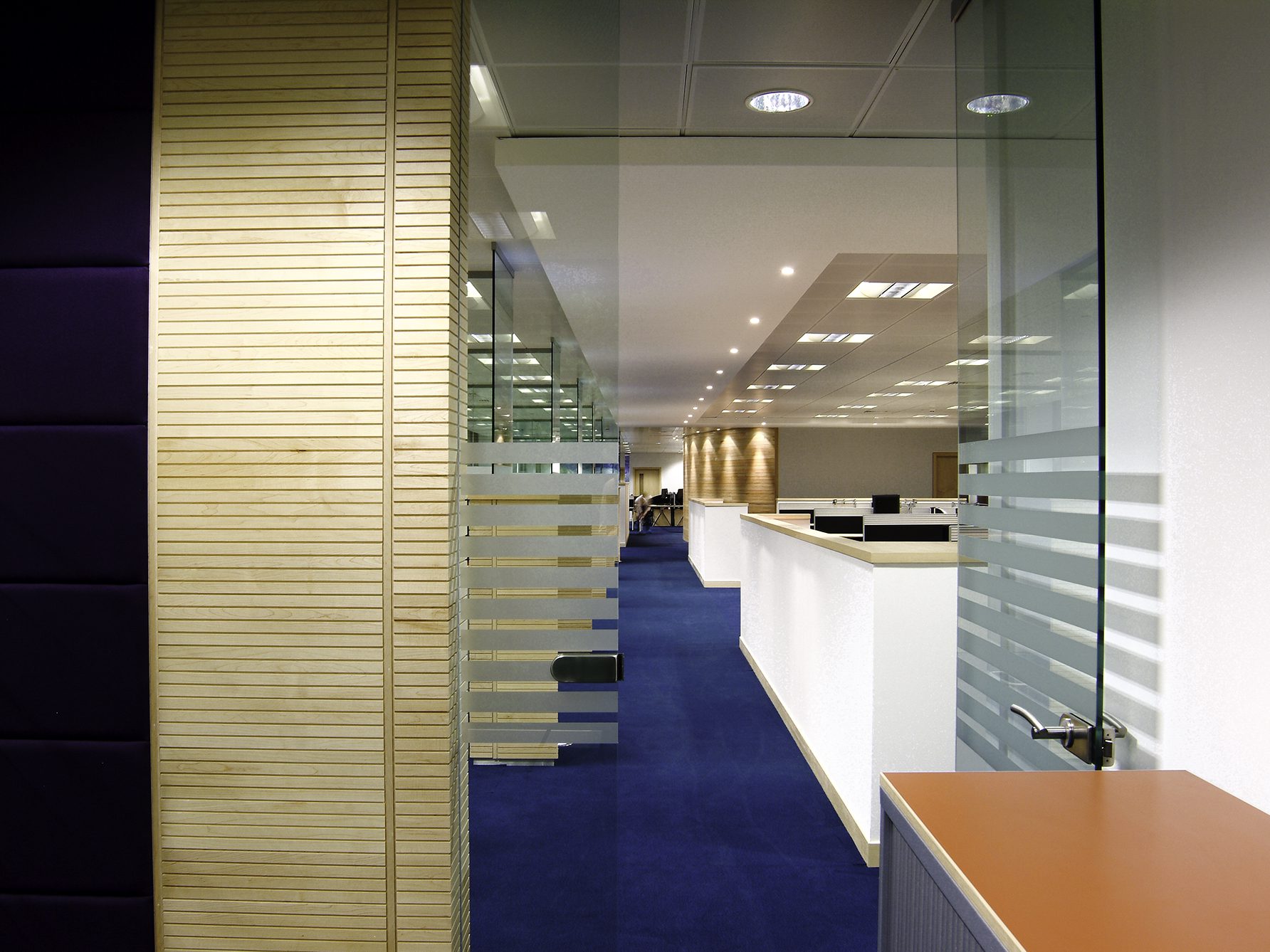 CJCT were asked to create an interior which embodied 'a sea change in corporate culture' for Northern Foods - the UK’s leading supplier of prepared food products to major retailers including Marks and Spencer.

The project, part of a company reorganisation, included the relocation of the management teams to Leeds and called for a both open plan and individual offices, as well as a strongly branded demonstration food area and meeting centre.

The traditional cellular office seen as a barrier to internal communications was avoided, freeing up the office layout from a structural grid and creating a more flexible space. A fully open show kitchen was proudly created in the heart of the executive top floor, overlooking the glass-fronted meeting rooms. Corporate pride was further instilled by the use of room-high graphic panels of raw Northern Foods ingredients.