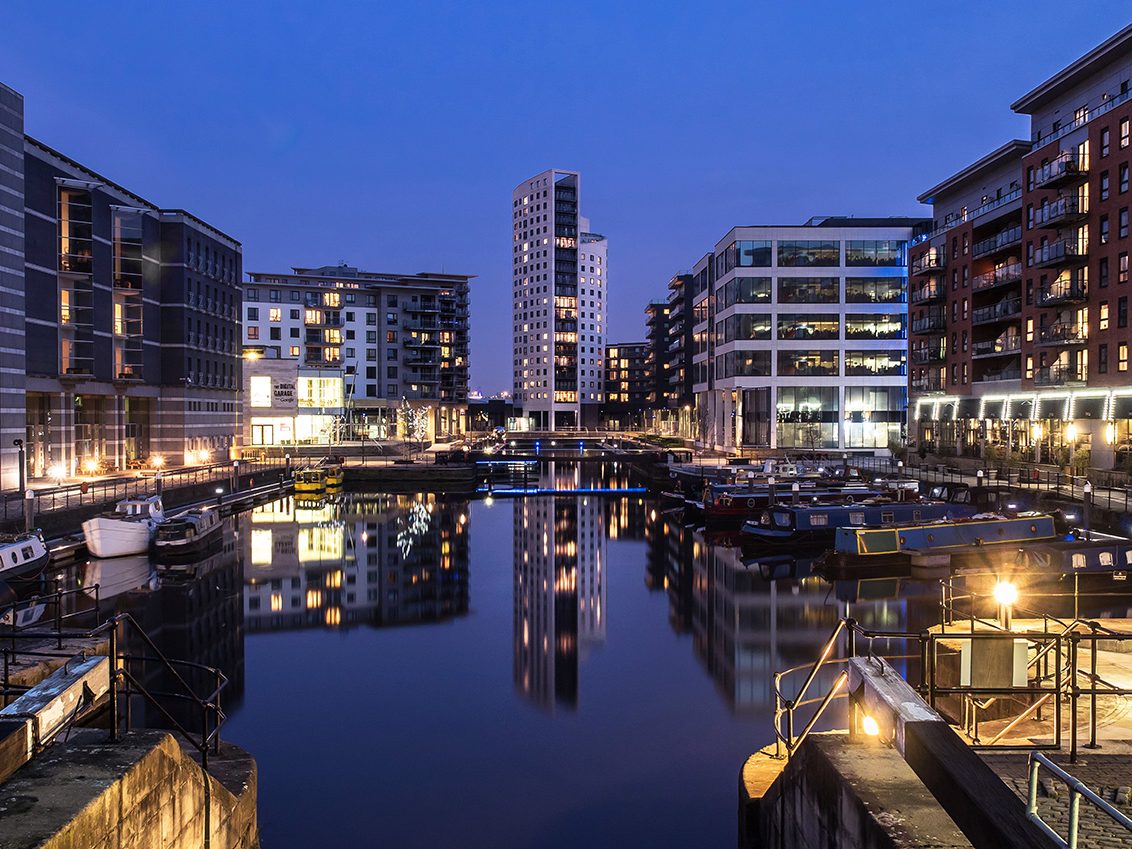 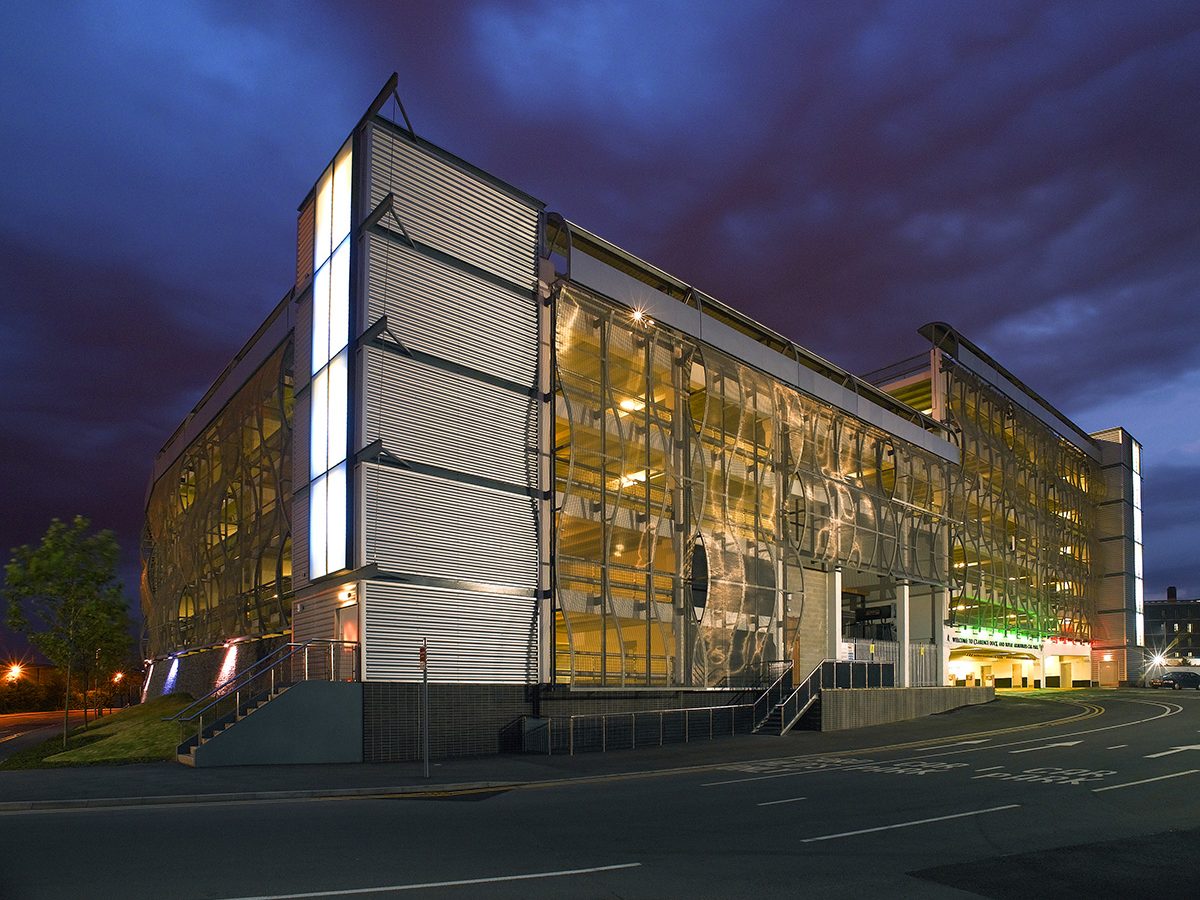 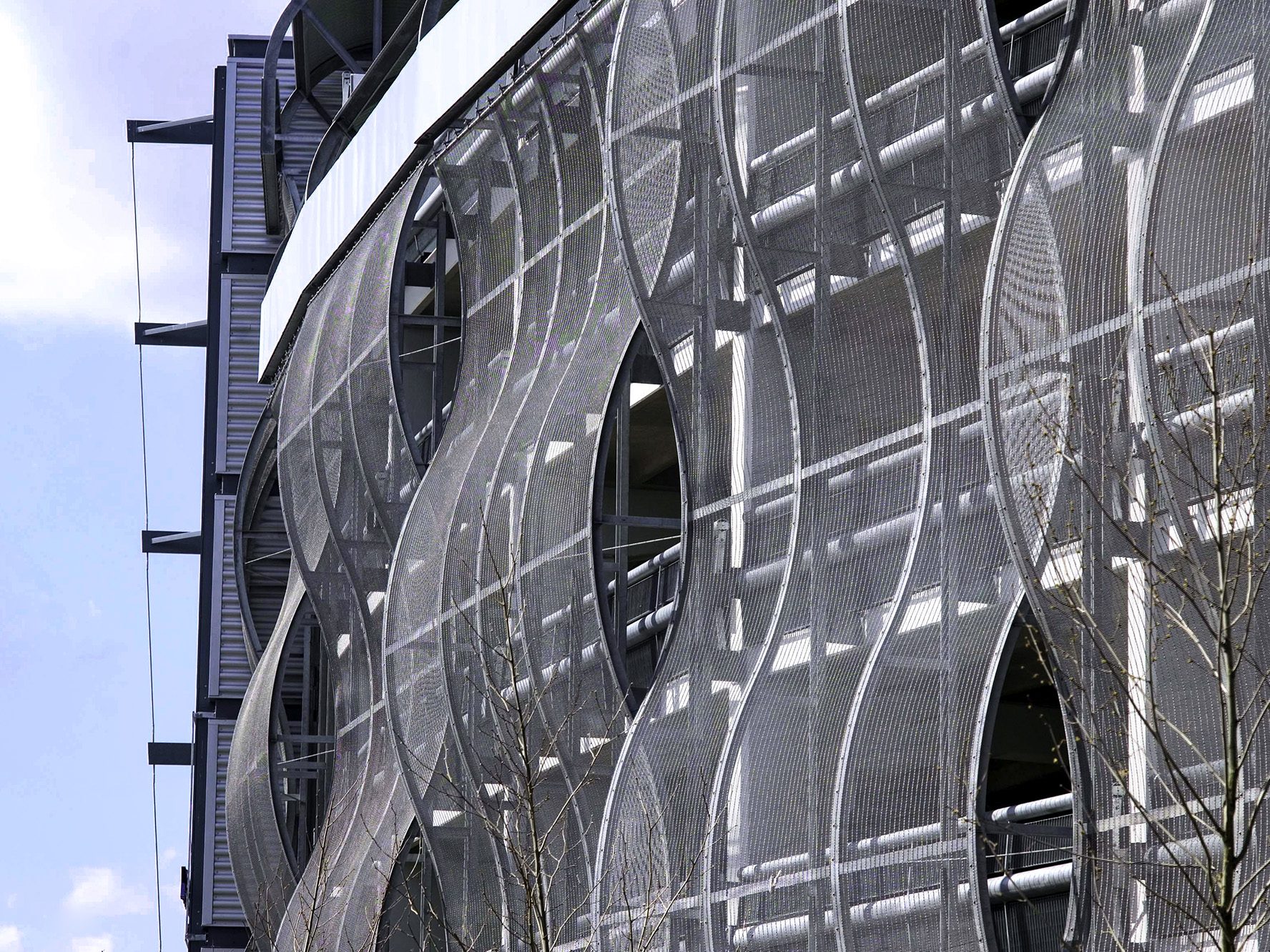 Clarence Dock is a major regeneration project on the edge of Leeds City Centre which incorporates a mixture of uses including residential, offices, restaurants, leisure, hotel, exhibition and retail.

A significant number of car parking spaces were proposed for both tenants and users of the new scheme as a multi-storey development solution. The original outline included a 2100 space car park, which included a required 900 spaces for the Royal Armouries. This was later reduced to 1650 spaces at an approximate economic cost of £6,000 per space.

The car park structure is formed from pre-cast concrete units and is clad in a striking curved stainless steel mesh; providing visual interest whilst retaining a natural cross flow ventilation. The lower floor of the car park, used by Armouries Museum, is clad using cabion walling with an undulating landscape reflecting the main cladding.